Top Ten Tuesday #27: Most Anticipated Releases For the Rest of 2015 Top Ten Tuesday is a weekly Top Ten list hosted by The Broke and the Bookish.


Today we're listing the most anticipated releases for the rest of the year. Since I'm a bit out of the loop and normally find most of my to-be-released books through various Waiting on Wednesday posts today's list is going to be a bit short.

Some of these you might have seen on my WoW's, or will see on my WoW's, but here's the relseases I'm most excited for:

I added Ash & Bramble by Sarah Prineas to my TBR very recently (read yesterday) but it sounds awesome. It takes a whole new angle on Cinderella and apparently we don't all want a prince, who knew?

I read That Wedding (Book #2) by Jillian Dodd when it was released three years ago, which means I've been waiting for That Baby for THREE YEARS. I'm not a patient woman. I do not like waiting. But it is almost here!

Okay, so there might have been a little too much Penny Reid on the blog lately but she's down right the best there is. So yeah, there's gonna be more of her. After a hectic release schedule this spring she's still got us waiting for both Truth or Beard and Happily ever Ninja (no cover yet).

I haven't read a sci-fi in a very long time and I'm so excited for Spinning Starlight by R.C. Lewis.

And then there's Jennifer L. Armentrout, I think the Dark Element series is my favorite of hers to date and July and Every Last Breath can't come soon enough!

When I finished Love Unrehearsed by Tina Reber I had no idea that there would be a sequel, but turns out we get Marie's story as well. So now I've waited three years for Love Unguarded one too!

I'll add more new releases as the year goes but this is it for now.


So tell me, which ten (or nine, or eight or one) 2015 releases are you most excited for?!
Labels: Features Jennifer L. Armentrout Jillian Dodd Penny Reid R.C. Lewis Sarah Prineas Tina Reber Top Ten Tuesday 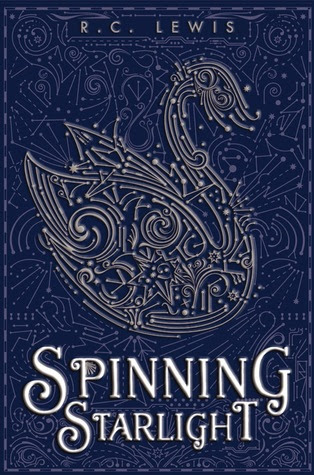